Home
Other Tools
Grading with a Laser Level 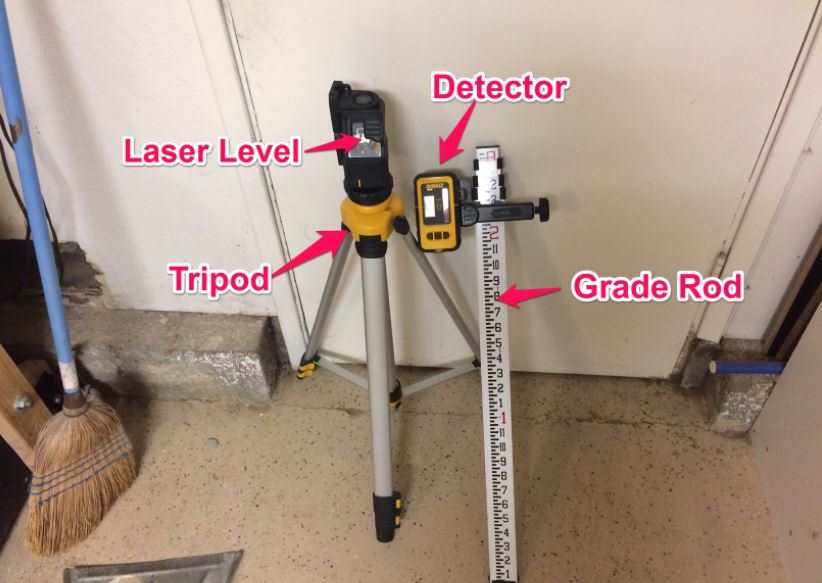 Grading with a laser level is now so easy: indeed, one of the best things that has happened to construction, whether it be professional or amateur, is the laser level.

The simplest form of the laser level is the dot generator, which is like it sounds, generating a dot for measuring. One peg higher is the line laser, which makes a nice level line, either horizontal or vertical.

You can also get cross beam or multi-beam line generators. All of these but the dot generator are adequate for leveling.

You can then go a bit farther with a rotary laser level. As the name implies, this unit spins around, and that can help you level outdoors, even without a buddy.

So, if you have a grading project, go it’s important to use a with a tripod when grading with a laser level.

Grading is, essentially, smoothing land to a particular angle, which can include completely flat. It’s just the process of working on the ground to get it how you want it, rather than just building around rolling or unsteady land as is.

Usually leveling is done for outdoor projects, with one example being laying a foundation. When a foundation is poured on leveled ground, less water or moisture of any kind will accumulate on it.

Other projects that include flatness, like putting in a basketball court are also big grading projects that demand the accuracy only a grading with a laser level can give.

Now, as mentioned above, grading basically means evening out land, taking out rolls or lumps. That doesn’t mean that when you grade a surface it has to be flat. You can grade a surface so that it slopes upward or downward—just on a steady angle.

While you want the ground under a house’s foundation to be flat, you are going to want to grade the land all around to slope away from the house, to keep water from running to the foundation.

So, you can see that you’re going to need to do some heavy work, and smart work to get things graded the way you want them. Here’s how to pull out the laser tools and get some good leveling done:

Now, here are the steps for grading with laser level.

It’s very important to get high accuracy when grading any surface.