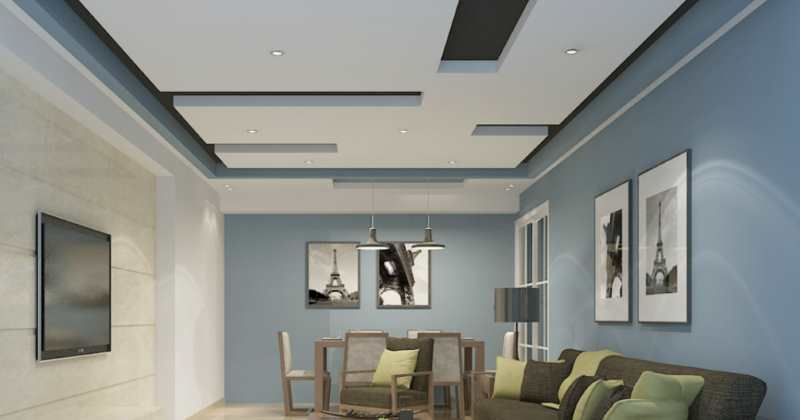 Using a laser level to mark a ceiling, is clearly a project that cried out for some heavy preparations! .

This is time-consuming, slightly monotonous work that can involve a lot of measuring and marking.

If writing upside down and wobbling on a ladder for most of a day doesn’t sound appealing to you, you’re going to want to do your leveling and some of your marking with a laser level.

Let’s specifically look at a particular type of level, the cross-beam.

Now, we’ve learned that there are basic laser levels such as point creators and line lasers, as well as the truly advanced rotary [laser level]. But the sweet spot for a ceiling job is the cross-beam laser level. This gem creates intersecting vertical and horizontal lines. You can use it to create little boxes to make yourself feel as if you’re in a futuristic film where the hologram villain is about to appear.

Yet, that’s a bit off topic when it’s time to put in your ceiling. This is why you need to use a laser level to mark a ceiling.

To put it simply a cross-beam laser level basically turns two laser shoots into one.

As we go through the process, we’ll assume you are putting in recessed lighting, since that’s one of the most common applications that people would mark a ceiling for.

You can draw a little plan on paper, but the most important thing is to write down the distance from one wall to the first light fixture and so on.

Now you know how to use a laser level to mark a ceiling!!!

You now have a nicely-marked wall, and we’re afraid the guide to actually putting in the lights will come from the lighting folks.

As you can see, when you’re doing items in a series across a wall or ceiling, having laser lines that go in both directions is quite important and quite beneficial.

It’s as though the laser level were designed for drawing lines on ceilings. The important thing is just to make sure to take the time to make sure everything is precise.